The star, through her Foundation for a Slavery Free World, has posed as everything from a “drugged-out mom selling her kids on the internet” to a 9-year-old girl talking to a pedophile over the phone. 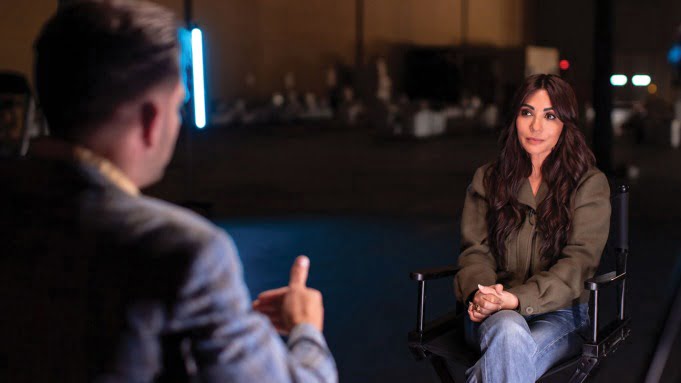 Marisol Nichols’ career has landed her on shows like Riverdale, NCIS and GCB. But perhaps her most powerful roles yet have been performed behind the scenes: Since 2014, the actress has been working undercover to catch human traffickers.

“I started learning about human trafficking and hearing these horrific stories about child brothels around 2011, and I couldn’t sleep,” Nichols says.

Following meetings with different organizations throughout the world — from Mexico to Uganda and even taking meetings at the White House with members of the Obama administration — Nichols decided to begin using her platform at red carpet events to bring awareness to the horrors of human trafficking and later founded her own nonprofit, Foundation for a Slavery Free World. An estimated 40 million people worldwide are victims of modern slavery.

Now, Nichols works with former FBI and CIA agents, Navy SEALs and Green Berets — along with law enforcement — who have left the government agencies and gone independent to trap traffickers. In partnership with Operation Underground Railroad, a nonprofit focused on ending child trafficking and sexual exploitation, Nichols’ undercover work has taken her to Haiti, Venezuela and across the U.S.

Explains Nichols: “Just because you’re law enforcement doesn’t mean you’re a good undercover agent or can act. So when you take someone like myself, who is used to playing different roles, you can use that to your advantage to lure predators out of hiding, which is what I do, or trick traffickers into thinking that you’re a buyer or customer.”

Though she’s worked in this capacity for seven years now —between filming seasons of Riverdale — Nichols still gets terrified. “It’s dark, it’s horrific. You see things that you can’t unsee,” she says. “It’s terrifying because if at any minute I get recognized, these guys have weapons and I don’t.” Nichols has played everything from a “drugged-out mom selling her kids on the internet” to a 9-year-old girl talking to a pedophile over the phone, since many demand proof a child is present when responding to an advertisement.

Recently, Nichols partnered with Army veteran Colin Wayne, who owns a steel company in Alabama, to create a charity gift item: a steel monogram of Foundation for a Slavery Free World’s logo (operation.redlinesteel.com), to encourage people to donate so funds can be used to continue catching predators.