Always on the go? Well, nowadays, who isn’t! And more things on our plates – even if we spend more time at home – times call for quicker meal ideas. Take for example, cooking something I usually consider as tedious, but an inevitable part of my daily grind, especially since I’m really into healthy meals.

This is one of my surefire, go-to vegan meals, which is so, so, so easy to prepare and is, of course, healthy.

The first thing I do when figuring out what I’m cooking is to determine how much food I’m going to cook. For the veggies, which, by the way, were bought from the farmer’s market, I have a giant cast iron that I whip out all the time so I can stir fry comfortably.

I heat up the cooking pan and start “braving” the onion while doing so. There might be crying involved, but it’s not you; it’s the food.

No good dish is worth anything without garlic. Sorry, I don’t make the rules. Using a garlic press tool, crush it and smush it all the way down. Afterward, scrape all bits into the pan. These are going to dissolve really well because they’ll be thin by then. Yummy! 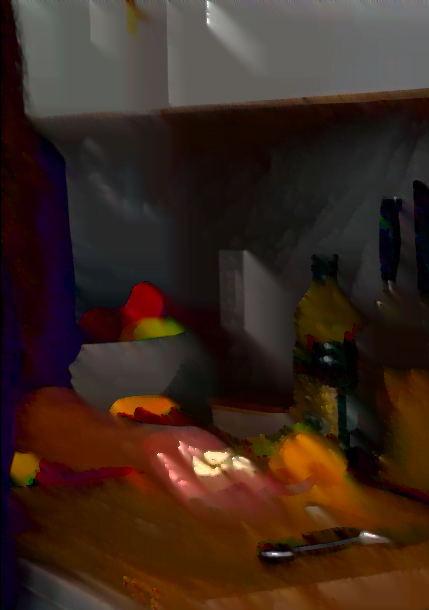 Before I forget, I must say that I’m using coconut oil as my secret potion.

Then come the veggies. I prefer putting the eggplant first because it takes the longest to cook. (Hard tasks first, so ease comes later.) 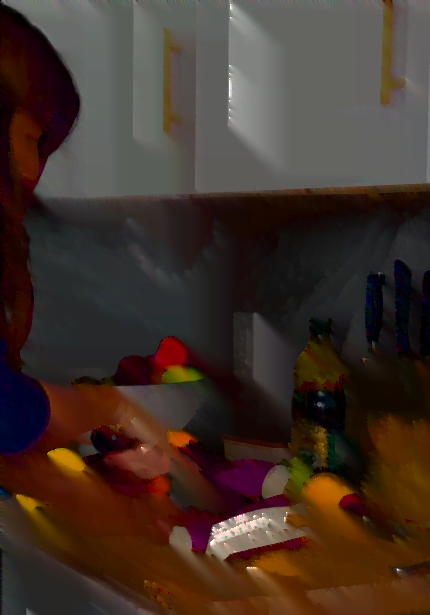 Next up, the mushrooms! I usually have some shiitake mushrooms around since these are my favorite. Though I know how some people like their stems, I do not include them. But feel free to add to yours!

After putting in the eggplant and mushrooms, I get more time to chop up the remaining vegetables, including peppers, which I like to not be super soft and mushy (call me Cap’n Crunch instead), and then the zucchini.

To recap, we now have onion, garlic, green pepper, yellow pepper, eggplant, mushroom, zucchini, and coconut oil in the mix. 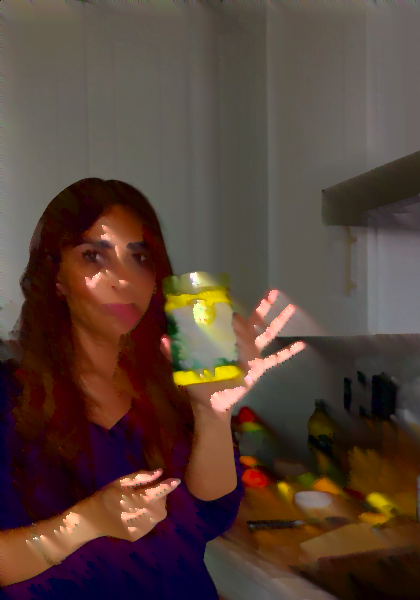 Then I add the ghee (like the butter ghee) – which is grass-fed, so I naturally love it. It has that classic buttery flavor, even though you can cook it on heat for a long time (a plus!) whereas you can’t with normal butter.

I can’t have too much pepper, so I cut some more. I love peppers! They make my veggies more delicious and fresh. Additionally, I also love color, so to see them all blending in is AHHH-MAZING!

When everything else in the pan is cooked enough, it’s time to add in the other peppers – plus a special kind of salt – sea salt imported from Sicily that I got from an Italian grocery store. This gives the veggie mix its full flavor. 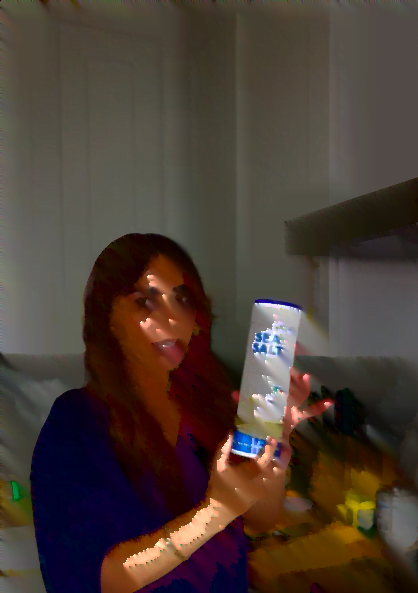 Lastly, I add my “little fun thing” – a type of lettuce called mizuna. I love mixing it with my veggies. I usually take a bunch because it tastes really, really good. Now that we’ve got all of these different flavors of veggies — the slightly bitter flavor from the mizuna, mixed in with the sweetness of the onion, aroma of the garlic, and the nutty hint of ghee and delicious coconut oil to create a whole level of goodness! 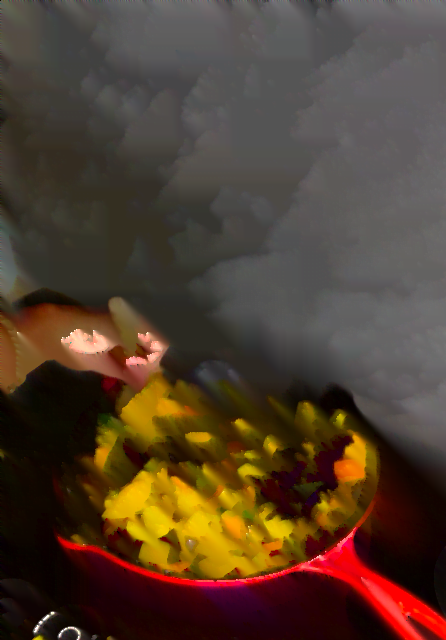